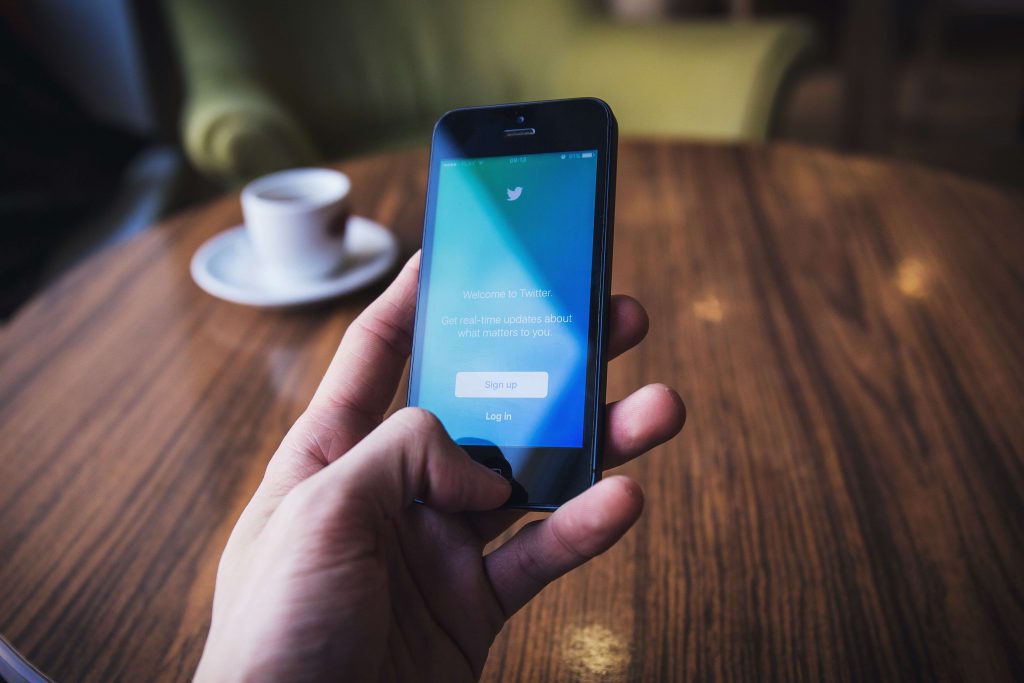 Continuing our series on the pros and cons of paid advertising on social media, we look at Twitter adverts.

Twitter is a very different beast to Facebook and with approximately 330 million users, only a sixth of the number of accounts.

It’s a very open platform, designed for mobile and really easy to use. On Twitter you can connect with people and find topics and trends that interest you.

Want to join the conversation? Jump right in.

You can follow anyone you like without having a mutual connection between you. It’s easy to gain someones attention using the ‘Tweet to’ feature; alternatively give them a ‘shout out’ with a @mention.

And you can promote your tweets, trends and accounts.

This could be a tweet that’s performed well, with lots of retweets, likes and interactions and given you new follows. Pick your winners, not your losers, even if the loser was something you really wanted people to know about.

You can also create a stand-alone tweet, with an image, for the purpose of the promotion. As Twitter is such a viral platform, retweets, comments and likes could could get expensive if you had to pay every time somebody ‘engages’. Fortunately, they only charge you for the first time your twitter adverts earn engagement, so if the followers of someone who has shared you post also retweet, there’s no cost.

Promoted tweets appear in people’s feed, so you have the option of including a link or an eye-catching image for people to click through to an advert. The way to tell whether something is sponsored or paid for is to look for the little yellow box with the arrow.

Promoted accounts can be a way to increase your following or your reach, perhaps in another country. However, you can only promote your account at country level, rather than regionally, which is a downside. This can add to the expense and may reach people you’re not able to serve.

Promoted trends involves using hashtag, which are wonderful. Putting a pound sign (#) in front of a truncated phrase of words allows you to create something that can travel around social media and be found at the touch of a button. Hashtags work on all the platforms, so choose the best ones for your business use them everywhere. You can create hashtags around your brand, product or company name, or any phrase you want.

You may decide to create a trend, so if you’re promoting an event that’s coming up, or there’s a national or international event or movement, you can create a hashtag around it. This will get you into the promoted trend box but also in front of people’s eyes.

Twitter adverts also support display ads, or cards as they call them, that allow for an image plus a headline. You can promote a variety of ‘calls to action’ and your advertising goals can include: 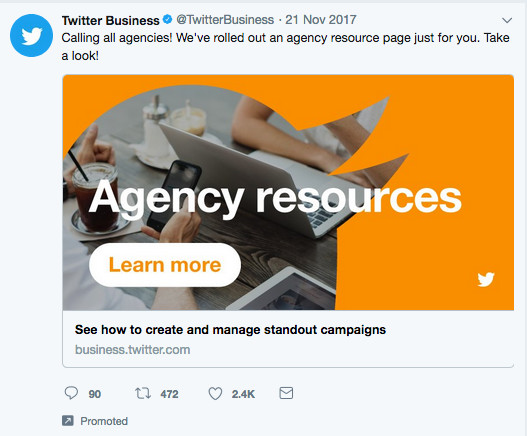 Twitter also supports remarketing campaigns and can generate pixels for you to embed on key pages of your website. Using remarketing enables you to re-engage with website visitors, especially e-commerce customers who have ‘abandoned cart’.

In fact anyone who leaves without completing their transaction can be reached with remarketing campaigns.

How much does it cost to advertise on Twitter?

Twitter has a self-service advertising platform, but advertising on Twitter requires deeper pockets than on Facebook. Although it’s changed now, when Twitter first started out there was an assumption that people would have a minimum ad spend of around $3,000 per month. It is currently around £50.00 per day minimum spend.

You simply go in, set things up in draft format, then leave. Twitter will drop you a line to remind you that your ad is not yet finished and invite you to come back. This is a good way of experimenting with it first. You may decide you don’t like the creatives (images or graphics) or the link you wanted to include wasn’t quite ready yet. You are able to pause and return to your advert.

Now for the fun bit

You now need to decide which platform is best for you and what type of advert to do. Over the To Pay or Not To Pay series, we focus on Facebook, LinkedIn, Twitter and YouTube, because they’re likely to be the platforms where you’re already most active and they are a good place to start.

In our next blog we look at the pros and cons of Linked In advertising.

If you like video, check out our recording of this fascinating topic and learn from these amazing thought leaders.

Photo by Freestocks.org on Unsplash 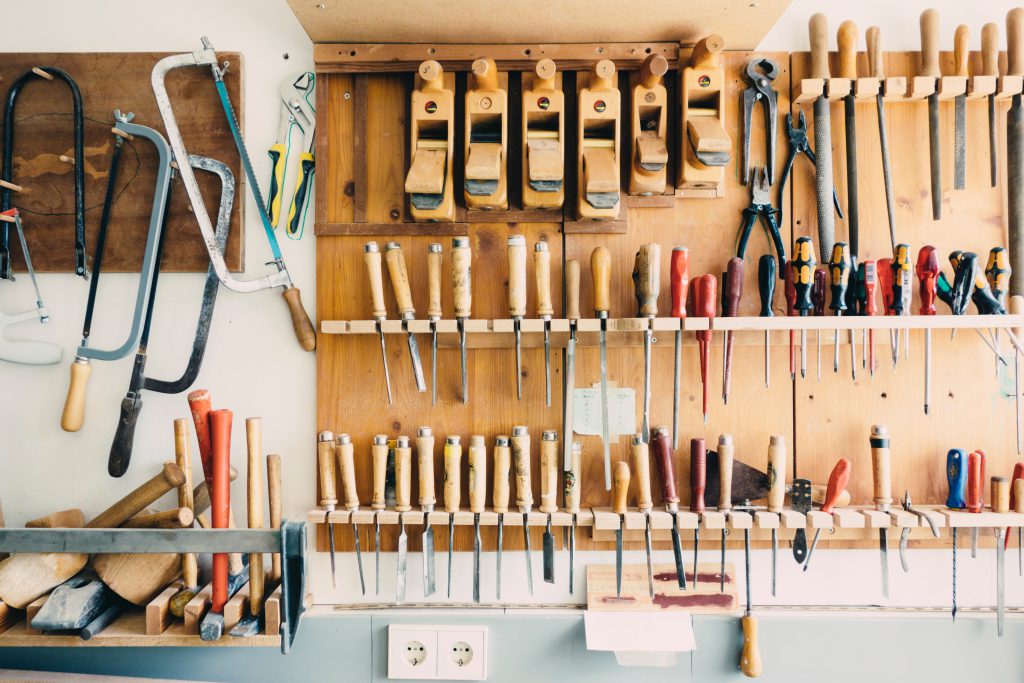 Many of you will be using content marketing to grow your business, but it’s not your actual business. You don’t have all the time in the world, so you need to be efficient and pick simple tools to help with your Content Marketing.

Habit #3: Be Efficient and use your time wisely.

Don’t create content in a haphazard way. Try instead to think of the big themes you’re going to focus on this month or for the next quarter; do you have a big topic that you want to tackle this spring, summer or autumn?

What does the calendar look like in your industry

or your customers lives this year? Map out the key dates and seasons.

Nail down what you need to be talking about and when.

Consider the bigger picture and plan your topics, content types and key milestones.

Consider this as your “hero” content, something you’d invest a bit of time in.

This could be a video project or a course you’re creating, and use every aspect of it that you can. Go into intricate detail of it when you share it on social media.

Around that, you create much smaller blogs, Slide Decks or Slide Share and tons of social media posts. Small blogs can go onto LinkedIn or Facebook, all of which gives you greater reach from one big piece of work, which is a much more efficient use of your time.

Where will you put all of this information once you have your plan?

You’ll be pleased to know that even the great and good use a spreadsheet, because anything else is too hard to update, so Excel or Numbers is fine. Add in the key information, including the content type (blog, video, e-book, social media post, etc), timings and publishing plan (where, when and most importantly how often).

Make it easy for people to find and share what you create.

You may spend three weeks crafting a bigger piece of content, because you are busy or you find the creative process doesn’t come naturally. You’ve worked hard and want a good ‘bang for your buck’. Make sure the content is well-optimised (containing the keywords for what you do) and ideally, sits on your own website.

You are leaving a little trail of links, invitations, suggestions and teasers to get people to come over to your website to enjoy the piece of content you’ve created – it’s essential!

Tools for Implementing Your Plan

Many of the publishing and management tools I use and recommend include a free version. They can help you manage costs when you’re starting out and investing your time or money in developing good quality content. A publishing or scheduling tool is essential if you’re going to put content out repeatedly over time and at the right time.

Consider the software tools and apps you’re using. Most of us start out using Hootsuite, Buffer or Tweetdeck and don’t move on from them. These are great tools to help you plan and schedule the posts and updates you want to go out at key times. They will help you deliver a steady flow of content to the audience you’re growing in social media but remember: you still need to drop by and say ‘hello’. This is your chance to thank others for acknowledging your messages and to ask something about them.

Don’t try to sell to people on social media. It’s a really big turn off. Take time to build a rapport and see if there’s a good fit between your offer and their needs.

The bigger players often use marketing automation software. Some of the software the software is extremely clever but if you are a small business they may be a ‘sledgehammer to crack a nut’. The barriers for smaller teams are the cost and the high level of maintenance and input required, whether you are managing it in-house or working with an agency. For it to be a worthwhile investment, you need to aiming for sizable turnover. Do you have the human resources and skills in-house or the budgets to outsource – and still give your agency time, information and support.

Finally, Twitter is the best free social listening tool around.

Make the time, go in and ‘listen’: search hashtags and topics to see how people feel about the things you do or the problems you address. See what they’re talking about and the language they use to describe it.

What are the “Seven Habits of Successful Content Marketers”?

Tips and real examples from people who’ve inspired me over the last five years. They demonstrate, by using Content Marketing, how it has worked for the businesses they run.

We hope you’ve enjoyed the 7 Habits of Successful Content Marketers. Why not check out the other blogs in the series:

If you like video, check out our recording of this fascinating topic and learn from these amazing thoughtleaders.

Photo by @BarnImages on Unsplash

Request a call back